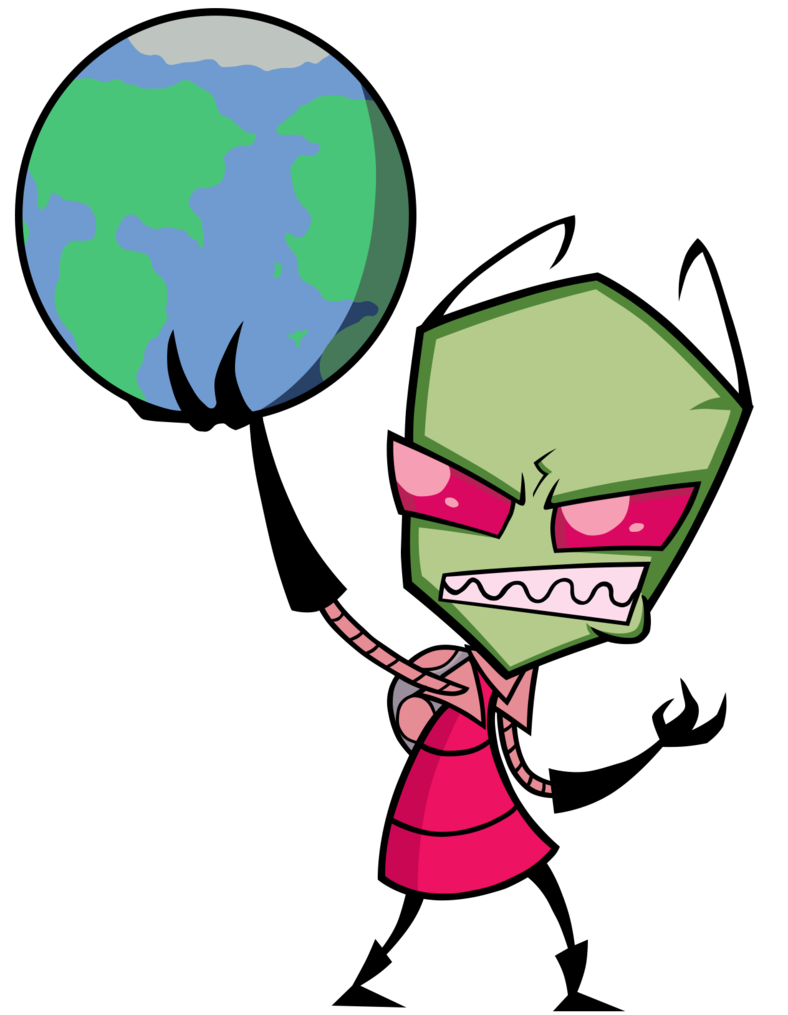 Despite being pretty much set up for failure by Nickelodeon, Invader Zim has gone on to be considered one of Nick's best shows, being highly rated among critics and audiences alike and achieving a cult following. While most of the old fansites have gone the way of the dodo these days, there's still a decent community of IZ fan-creators on YouTube and other social media, and the 2019 tv movie, Enter the Florpus, certainly didn't hurt things!

A little synopsis, per Google: "Zim dreams of greatness. Unfortunately, though, he's hopelessly inept as a space invader. Desperate to be rid of the annoying Zim, his planet's leaders send him on a mission to infiltrate Earth, providing him with leftover, cobbled-together equipment. To their consternation, Zim succeeds in setting up a base on Earth and infiltrating human culture, posing as a human child as he plots the planet's downfall. Only Zim's archnemesis, Dib, recognizes that Zim is an alien, and of course, nobody believes Dib's claims."